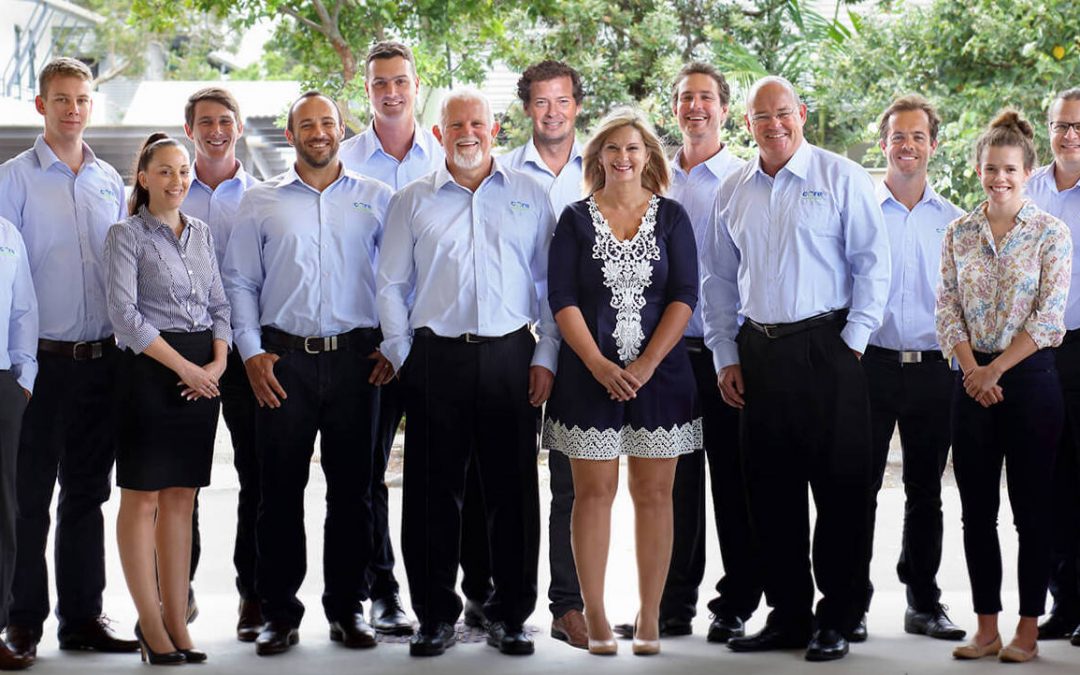 A group of employees has taken over the reins of geotechnical and environmental consulting firm Golder Associates’ Sunshine Coast operations.

Golder Associates decided late last year to close its Maroochydore office of 34 years, following the downturn in the mining and engineering industry.

Dave Mason and Geoff Hurley are now at the helm of what they plan to be an entirely employee-owned business.

Mr Mason said when he and Mr Hurley heard Golder Associates were going to close their Maroochydore office they were concerned about their own futures but also those of younger staff at the beginning of their careers, who had “put their faith in Maroochydore”.

“Geoff and I felt we really needed to do something to continue what was essentially a really strong business with very good client base,” he said.

They considered options including a labour hire approach, but Mr Hurley had felt they had a “strong moral obligation” to find a structure that would provide security for everyone involved.

“A labour hire business is probably a good way to make a lot of money but there’s more to life than making money,” Mr Mason said.

“We wanted the people here to further develop the business, and one day we’d like to walk away from the business and know somebody was well positioned to take over.

“There’s an enormous amount of satisfaction to that…we will leave a legacy.”

Having enlisted the help of accountants and lawyers, Mr Mason and Mr Hurley have now hit upon a company structure that works, and have retained 14 of the 17 former Golder employees.

Everyone who worked in the business lived locally, Mr Mason said, and four of them did their degrees at the University of the Sunshine Coast.

“It feels really good and authentic to be directly involved in the local community again,” he said.

Mr Mason said it was important to them to support suppliers and contractors on the Coast who wanted to “make a success of the Coast”.

“We’ve got a really, really good reputation on the Coast. People know they can rely on the work that we do.”